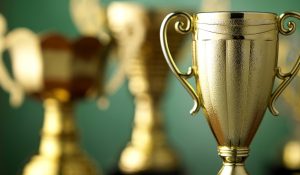 The Formula Vee Australia Series was completed at the iconic Phillip Island circuit and we now have the three winners in each category.

For the 1200 competition, Lindsay Murfet competed in all 4 rounds which is a great effort running out of out of Tasmania. Lindsay was on the podium at all of the 4 rounds which was what it takes to win a National competition and this made him a deserving winner of the Series. Mark Pickett had two very strong rounds at both Mallala and Phillip Island which accumulated enough points for a second place. Mark’s drive in the wet at Phillip Island where he made it to 4th overall was an outstanding achievement. Danny Cerro came in third for the 1200 competition and like the rest of the travelling WA crew was a deserving result from the huge effort to travel across the Nullarbor twice in a year which helped to make the Australia Series a truely National Series.

Michael Kinsella backed up his recent win at the Formula Vee Nationals with what was as close to a clean sweep as you can get of the 1600 competition. When you drop his worst round Michael had 5 wins and one second which was a dominate result. Well done Michael and the feedback I have received from the paddock is we all agree it was a just return for all of the effert you put into your racing and the support you provide to competitors Nationally. Stephen Butcher was a strong supporter and of the series, competing at three rounds and making the podium at two of them. Coming in third was myself proving that is you enter you are in with a chance of a trophy.

Congratulations to the trophy winners and thankyou to all of the competitors at the four rounds who travelled, competed and hopefully enjoyed the experience.

Over the next week or so the BoM should be able to work out next years dates and we can get them out so travel plans can be worked out. Hopefully the Australia Series will be supported to the level it was this year and even better if we can grow further