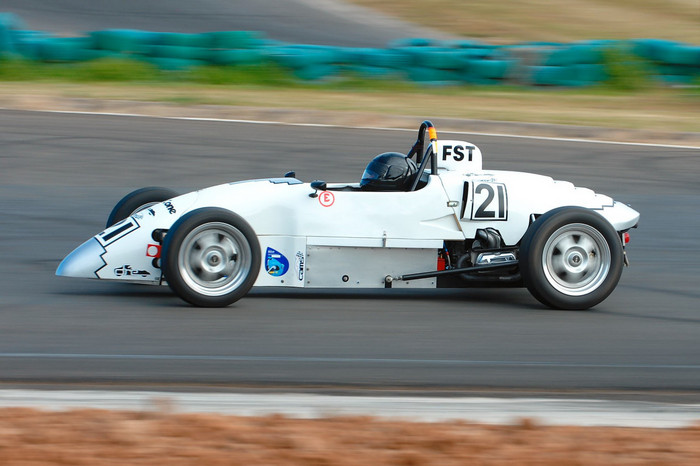 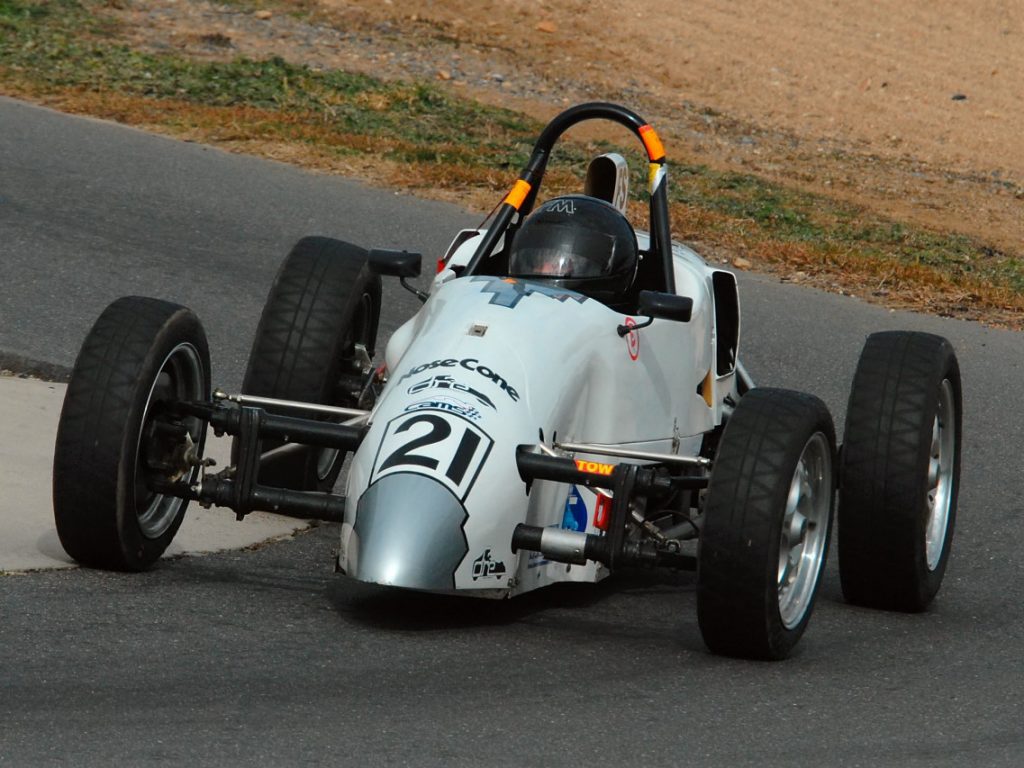 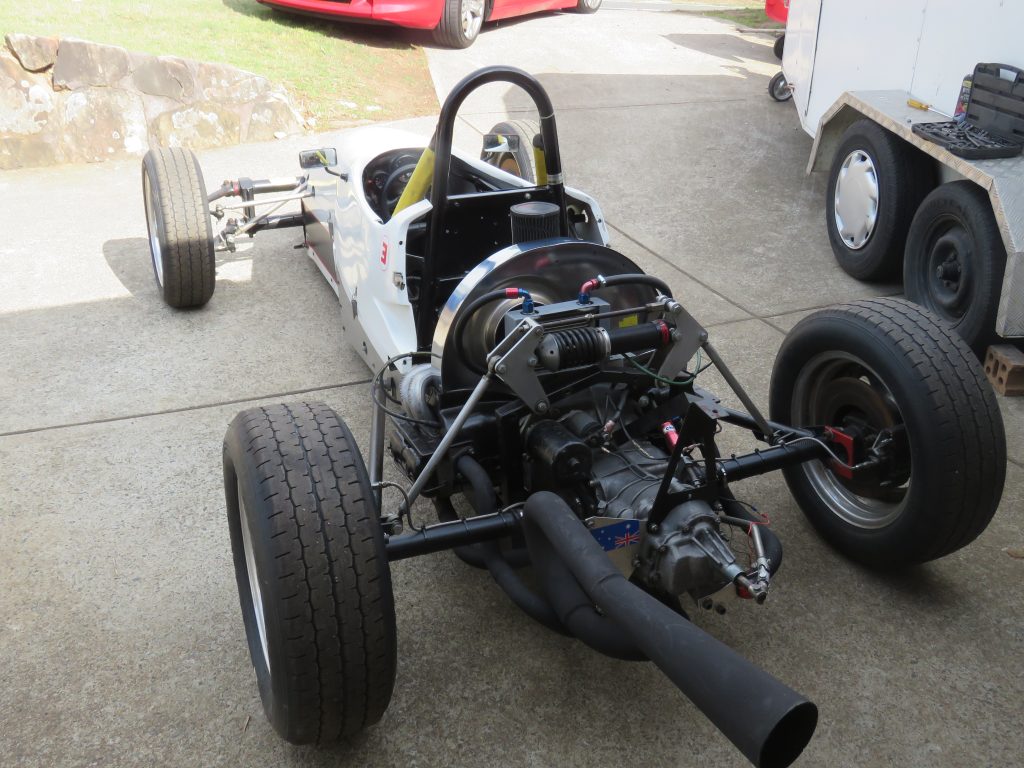 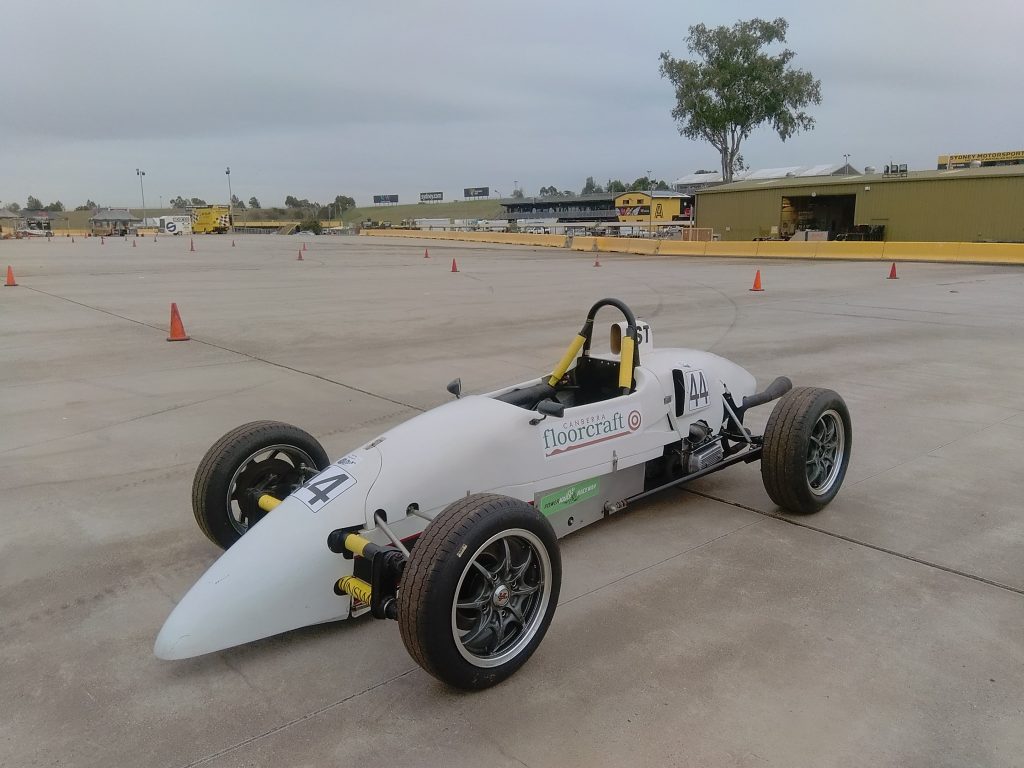 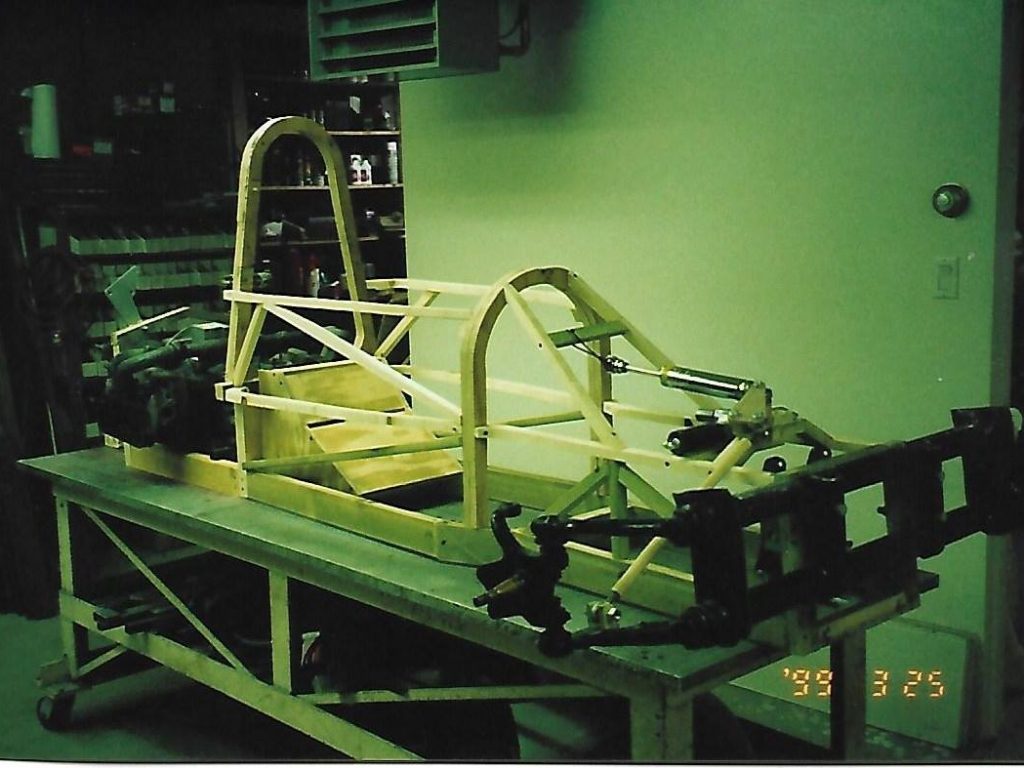 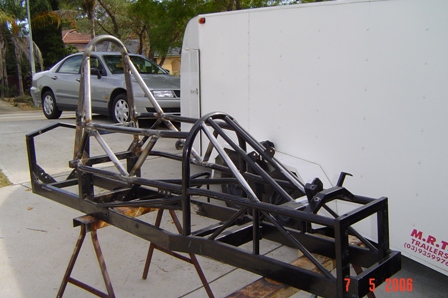 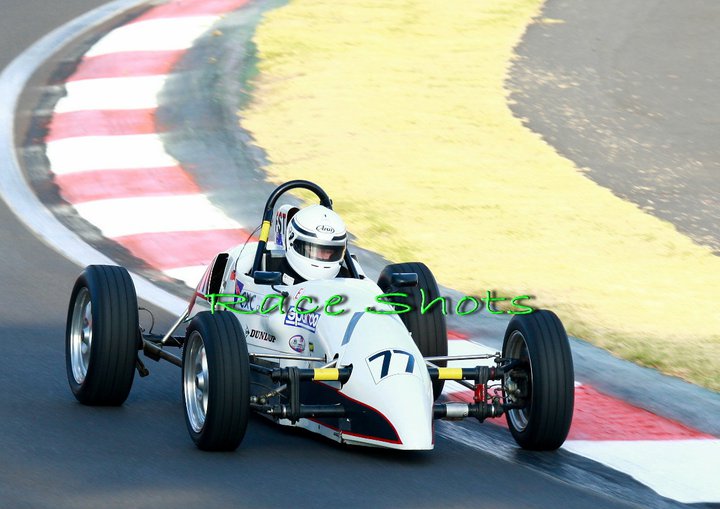 Evolution Formula Vee, including closed MRT Formula Vee trailer (the trailer will not be sold separately).

After seeing photos of it being constructed throughout 2004,  and then seeing it being raced in the USA throughout 2005, I was given the opportunity of purchasing it in early 2006, which I did instantly.   Upon arrival in Australia it was modified to accept a CAMS spec rollover bar, this being the only change from USA Formula First specification.

It was then driven by me on and off for a few years, although this coincided with the American Racer tyres, which was a bad time for Formula Vee (lessons not learned), so I stepped back from Formula Vee racing.  Formula Vee then quickly realised their error and reverted to Dunlops, although I then allowed a young talent by the name of Ben Oldfield the opportunity to get into Formula Vee racing, Ben having limited resources.  Ben went on to obtain valuable Formula Vee experience behind the wheel of the Evolution, before he went on to purchase a former Nationals-winning Jacer in which he amply demonstrated his considerable talents (see my Jacer also for sale).

The Evolution has since been driven and raced by drivers such as Sean Birk, Bernie Cannon, William Pym, and Michael Cooke.

It comes with a relatively fresh engine built by Nathan Sansom (a highly capable young Sydney Formula Vee engine builder), which is now about three race meetings old, and which was tuned to 65 hp.  Dyno sheet supplied.

It last raced at Round 2 of the 2019 NSW State Championship in early April, with good results despite the driver never having driven it before and also being a tight fit in the cockpit.  It will race again at the Alan Harrison Cup in early May with William Pym behind the wheel. (Update – William took out the fastest lap in Race 1 of this race meeting, even with the old tyres, so its got lots of grunt).

Overall the Evolution is in excellent condition.  Seat belts still have a year or two left on them.  The Yokohama  tyres are about half way through their tread, (which means they are way beyond their optimum grip levels, being only good for one track day).  It also comes with the wide-track ROH wheels, and also has a brand new fuel tank.

The Evolution has pushrod and rocker suspension front and rear.  It follows the typical USA design of a narrow lower chassis to allow direct air flow onto the heads of the air cooled VW engine to keep the heads cooler.

When I raced it on the Dunlop tyres, it had incredible front end grip, and after some simple tuning, I got the rear end to grip up to the same level.  The current tyres have required extensive redevelopment to get back some of the balance between the front and rear ends, but improvements have been made.

The chassis is designed mainly for taller (but not too tall)narrow-hipped drivers, but some of the drivers have been a bit on the wide side, and they raced it OK, again with good results.

The Evolution comes with an MRT Formula Vee trailer that is in sound mechanical condition, but could do with a paint job sometime.  The trailer is registered until February 2020.

I don’t really want to sell the Evolution as I have a close connection with the USA Formula First guys, and also I went to a lot of trouble to import it, as well as me simply liking it greatly.

But the time has come for me to step back from Formula Vee as it is now and turn my attention to other projects, and if possible find the Evolution a home where it can be raced to the higher level it deserves, not just entered to make up numbers, as it was badly needed to do since the introduction of the Yokohama tyres).  So only serious competitors who will respect the Evolution should enquire.

The MRT trailer can be removed from the sale with a $3000 reduction, but will not be sold separately.